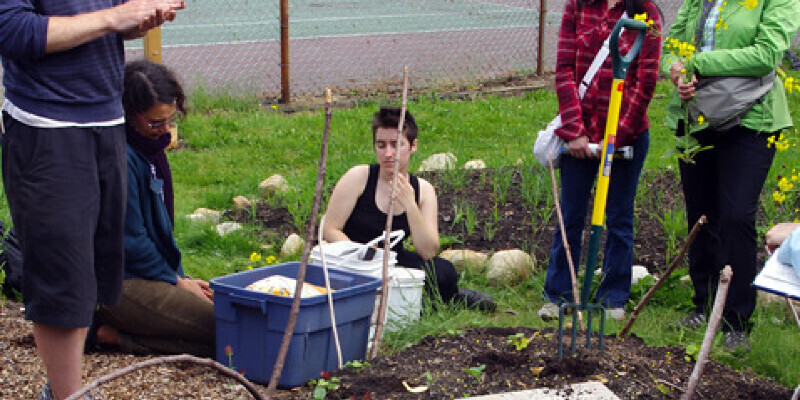 Succulent agaves (Agave spp.) , also referred to as century plants, have water-storing leaves growing from a central point to form a basal rosette. The leaves may be smooth or bullied, with sharp tips. About 200 types of agave exist, coming from the southern and western United States south to Mexico, Central America and northern South America. They can take a very long time to blossom, sending up a flower stalk in one growing season, before they die. Agaves fluctuate in leaf colour, in type of blossom stalk, in the magnitude of their basal rosette and at whether they are solitary or produce offsets.

Flower stalks are either branching, called paniculate, or spiky, called spicate. Century plant (Agave americana) is a large plant native to Mexico that creates a treelike 15- to 30-foot-tall flower stalk after 10 or more years of growth. It requires 8 to 12 feet of growing area. Variegated cultivars are somewhat smaller, suitable for the two gardens and containers. The variety “Mediopicta” includes a white stripe down the middle of the leaf, while “Marginata” has yellow stripes along the leaf edges. Century plant is hardy at U.S. Department of Agriculture plant hardiness zones 9 through 11. Octopus agave (Agave vilmoriniana) includes a spikelike flower stalk with ample tightly packed yellow flowers which can reach 10 to 12 feet tall. Arching leaves give a fluid, graceful appearance to the rosette. Native to northwestern Mexico, octopus agave is hardy in USDA zones 9 through 11.

Murphey’s agave (Agave murpheyi) is a medium-sized agave native to central Arizona growing to 2 to 3 feet wide and tall. Flower stalks rise 10 to 12 feet and produce small plantlets called bulbils, together with flowers. The plant reproduces by these bulbils and by offsets at the base of the mother plant. A variegated form “Engard” has yellow stripes along the leaf edges. Murphey’s agave grows in USDA zones 8 through 10. Twin-flowered agave (Agave geminiflora) presents an airy puffball appearance with many exceptionally thin, spineless leaves forming the 2-to 3-foot-wide and tall basal rosette. Paired blooms on an 8- to 10-foot tall flower spike gives it the frequent name. This Mexican native grows well in gardens and containers in USDA zones 9 through 11. It creates a few offsets at the base after the mother plant blooms.

Several agaves are naturally small and slow-growing, suited to containers and small garden spaces. King of the agaves (Agave fernandi-regis) rises slowly to 18 inches tall and wide with white leaf imprints on dark green leaves rimmed and tilted with reddish-brown. Dwarf thread agave (Agave filifera ssp. Microceps), native to Mexico, rises to less than one foot wide and tall. White filaments curl out of leaf edges, with green leaves based on a white stripe and tilted by a reddish spine. Usually lonely in a container, this agave can form clumps when garden-grown. Both these agaves grow in USDA zones 8 through 11.